I have previously worked with computer games, but now I concentrate on board games.

My first game, Magic Maze, came out February 2017. Many more are under way. 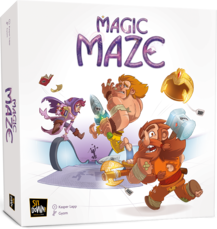 I only post occasionally, so don’t worry about getting spammed 🙂